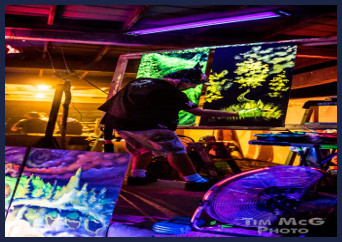 Artguy Chuck is a ‘born doodler’ with a documented focus beginning at age 3. He grew up in North Carolina, and Alabama, where he fell in love with nature, music, and art.His first commissions are dated in grammar school and the nickname ‘Artguy’ started in high school. He was trained as an Illustrator at Auburn University, Alabama (1990) where his band ‘Bone Dali’ received honors and nearly helped him flunk out of school while they toured during regional success of their 1st album. The band split up during his Senior Project, but his love affair with Live Music has never subsided ever since. 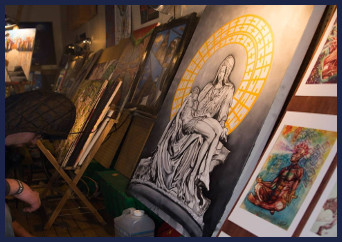 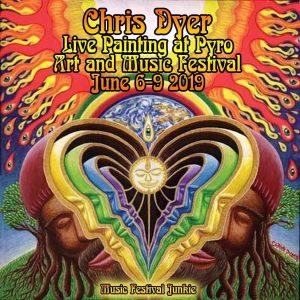 Chris Dyer is a Peruvian-Canadian artist that travels the world spreading good vibes through his artwork. His spiritual expressions are a bridge between skate, street and visionary art, may it be as a canvas in a museum, a mural in middle of nowhere or a graphic on a board. “Positive Creations” is his clothing and art accessories brand. It started in 2003 and is still growing strong. These days you can these super fun products at different music festivals booths and also his online shop www.positivecreations.net .
Visit Artist's Website

Early Entry On Thursday Only Will Be Available at The Gate!